Are you a fan? 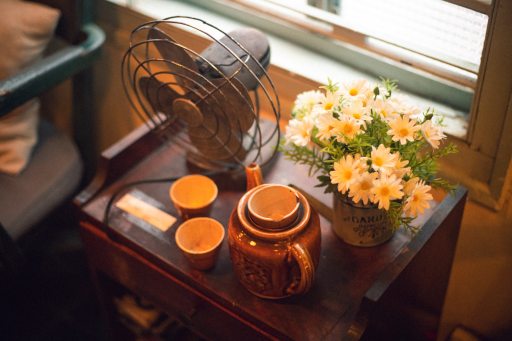 Do you oscillate between fictional characters?

Do you love one day, and hate another?

Do you think you know more than that other guy?

I’ve decided to start writing about fandom.  It’s something near and dear to my heart because I, like many others, am a fan.

and movies (Star Wars Cringe), have been changed for a political agenda or to force feed a certain view of the world.  Rather than the characters organically revealing a viewpoint true to that character, they are manipulated as a propaganda deliverer.

Entire world building has been destroyed because someone came along and didn’t like that world.  Well then, please go invent your own world and destroy that one.

Mostly, I want organic movement.  If you make something with a set world, stay true to that world and original concept, unless you are making something entirely new with your name on it – then you are welcome to go destroy that and find followers.

But stop messing with the fan base.  Sonic listened to its fan base and had a hit.

Fans are invested and you do well to understand this point.  They’ve been involved with the story, characters, and fantasy world longer and understand more about certain aspects of the story.

I’ve written a little about how I watch a gosh-awful soap opera called, General Hospital, and admitted in shame that I enjoy watching it.

Let me tell you, its gotten pretty crazy.  I really and greatly dislike certain characters in this show.

I mostly dislike when a character has been developed one way, a new writer comes in, and they are suddenly a personality so different they are hard to recognize.

I am talking about Sam McCall, mostly,

but then I’d have to add Anna Devane – super spy.  Have they always been this dislikable and horrible people?  No, but lately they are difficult to watch in any capacity.  They’ve just been horribly written.   They aren’t smart.  They aren’t empathic or compassionate.  They are selfish and uncaring about others.  Or, they are as dumb as a stick.  Smart women suddenly become dumb women to make plots move forward.

And now, I begrudgingly must throw in… Molly.  She had one bad writing of dialogue for simple plot point and destroyed her character instantly.  She is back to herself – the caring and considerate little Molly – but that scene did a lot of damage.

They made her verbally decimate her boyfriend of seven years, TJ, when he proposed, and act like a bitch over what?  So that he would leave and then get kidnapped, unbeknownst to the others, because they all thought he was hurt by Molly’s feminist rant about marriage and his proposal?

Stop it writers!  Molly and TJ have always been this sweet couple, but in one failed swoop you destroyed this cuteness and made Molly a shrill feminazi.

For no reason other than you had to make him huff off in sadness to then get kidnapped, but then everyone thought he was just in hiding to heal his broken heart.

It made no freaking sense!

TJ is a good guy with a good head on his shoulders and they were the type of millennial couple that would have talked everything out.

They were a lot like my daughter and her fiancee.  My daughter doesn’t want to get married either, but like Molly (the character she had been previously) she would have never ripped her  fiancee a new one just to hate on marriage and the patriarchy.

It made no sense!

And so, I would just like to say to writers, “Please stop changing entire personalities to make a plot happen and to push your own political view on the world. ”

There are other less story flow and fan base destroying ways to go about building up for conflict.

To add to this, you had TJ’s mom, Jordan the Police Commissioner.

She knew there was someone after her, who had already killed two other co-workers, and had targeted her old partner, kidnapped his daughter, and then killed him in front of his daughter, and yet… “TJ is just off cooling down.  Nothing to worry about.”

Have you been taking parental lessons from Sam McCall?

And that’s what we have.  But I’m sure I’ll watch it to find out what happened because I’m a dumb fan.

Anyhoo, I hope you all have a great day of enjoying your favorite things, seeking and searching and finding.

Hey all, how's it going? Please feel free to peruse my blog. I write about pop culture, post some poetry, and give too much of my opinion on rants. I love comments, and likes, and follows. If you enjoy, please do let me know. I have been a guitarist and songwriter for a very long time, and posted some of my songs over there. Please feel free to download. I also have two small books for sale on Amazon. Thanks for reading. :) View all posts by @valsisms

Everything About You I Simply Miss

Stop and Look Up